A few skills in Mythras are in fact categories of skills with many options from which to choose. This can be somewhat daunting to newer players, so I have compiled a list of the various specializations available in my campaign for the following skills: Arts, Crafts, Lores, Combat Styles, and Magical Traditions, formatted pdf of which may be downloaded here - Expanded Skills. 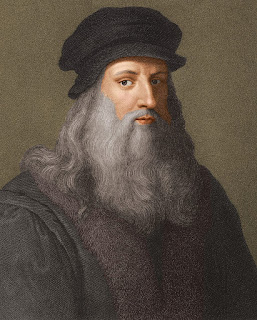 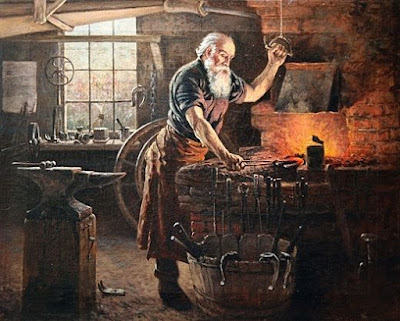 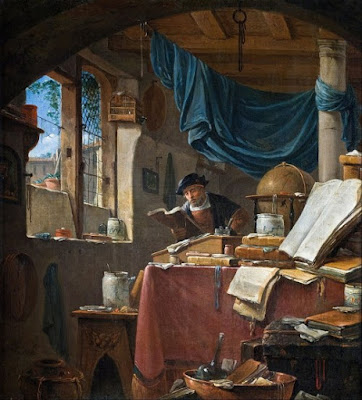 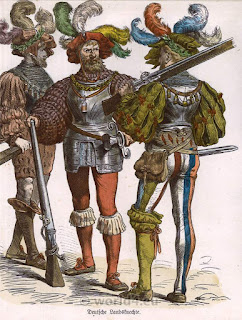 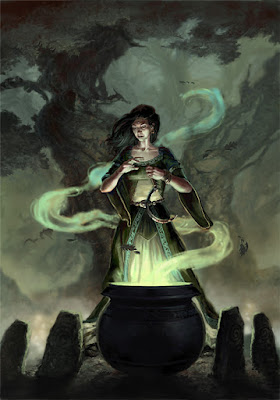 Welcome to your new duty station, gentlemen. I'm Major General Duke, and as far as the Army is concerned, I'm the base commander here at Camp Whitaker.


Now, you're all probably very curious as to why you've been assigned to a little training camp and munitions dump in the middle of nowhere, West Texas, that no body's ever heard of.


Well, each and every one of you have been selected for your professional excellence, your tenacity, your bravery, and most of all your fierce patriotism, to be inducted into my little regiment. You see, I'm the commanding officer of a top secret, elite unit that doesn't officially exist - Megaforce.


Megaforce was created by an executive order signed by the president in April of '81. It's mission, to do the jobs that the regular military can't, for whatever legal or diplomatic reasons. That means you'll be conducting operations deep into hostile territory without the benefit of conventional air support, artillery, or reinforcements.


I have complete confidence in the capabilities of my men, and it's an honor to be inducted into their ranks. 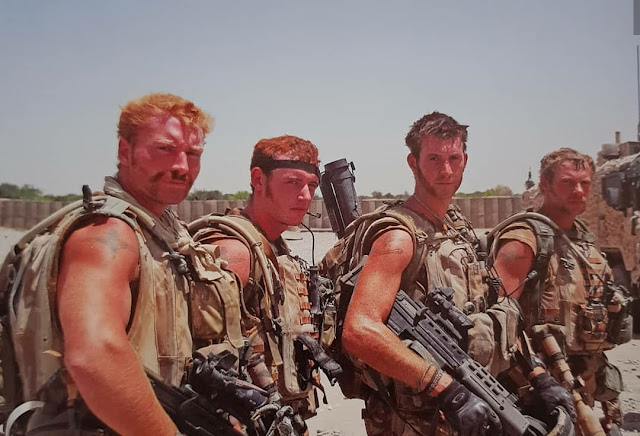 MEGAFORCE is a Military Action Hero supplement for Fantastic Heroes and Witchery. Also provided is a list of modern weapons - The Armory., and a list of vehicles - The Motorpool -  Click the highlighted links for formatted pdfs.

Personnel Regulations
Dexterity
A character's Dexterity Modifier is applied to (i.e. subtracted from) his Initiative rolls, thus a bonus (positive) is subtracted and a penalty (negative) would be added.

Improving Ability Scores
Characters have a chance of increasing an Ability Score upon gaining a new level. Roll 3d6 and choose any single Ability Score with a lower value than the number rolled to raise by one point. 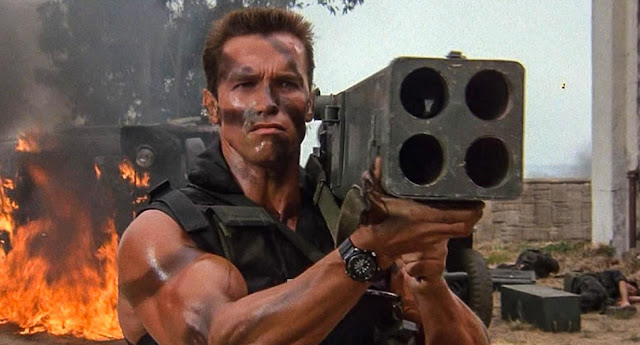 Wound Hit Points
A beginning character has a minimum number of Wound Hit Points equal to one-half of his Constitution score.
Vitality Hit Points
Upon gaining a level, all of a character's Vitality Hit Points may be re-rolled. His new Vitality Hit Points will then be equal to this total, or his current maximum, whichever is greater.
Levels
A character's level determines with rank. When a character gains enough Experience Points to gain a level, he is promoted to the next higher rank. Only Soldier and Aviator levels are counted when determining a character's rank.
Characters begin play at 3rd level. All members of MEGAFORCE are elite action heroes.
Rules of Engagement
Aiming
Aiming for an entire round allows the character roll a d20 twice, and take the better result for his attack roll.
Critical Hit Effects
The following classes and MOSes may opt to use their "Special Critical Effect" instead of rolling on the critical hit chart - Assassin, Aviator, Grunt, Sapper, Scout, Sniper, Spy, Thick Brute, Thug

Full-Automatic Fire
Full-automatic fire allows the character to attack multiple targets. The player decides approximately how many bullets he wishes to fire and how to divide them amongst his targets. He then makes an attack roll against each individual target. If the attack is successful, roll an a die that corresponds to the number of shots fired to determine how many bullets hit the target. The target may then attempt a Dexterity Saving Throw to reduce the damage by half.
Example: A character wielding a sub-machine gun (2d6 damage per hit) opens up on three enemy soldiers, shooting a total of 20 rounds. He shoots 8 bullets at enemy A, 6 at enemy B, and 6 more at enemy C. He makes his attack roll against enemies A and C, but misses enemy B. Rolling "3" on a d8, he hits enemy A with 3 bullets, causing a total of 6d6 damage; and against enemy C he rolls a "5", inflicting 10d6 points of damage; each of whom may make Dexterity saves for half damage.
The Soldier
Soldiers are by far the most numerous members of MEGAFORCE, and are differentiated by their Military Occupational Specialty (MOS). In game terms MOSes act as sub-classes, and a character may split class freely between them, provided he meets the requirements.
The abilities granted by an MOS are combined with those of the base Soldier class and other MOSes. Abilities that grant bonuses to certain weapon types are not cumulative with other abilities that grant similar bonuses.
Example: A Grunt 3/Sniper 4 has, in addition to his BtH, a +4 bonus to hit and a +2 to damage with rifles, and a +1 to bonus hit and a +2 to damage with all other firearms.
The bonuses gained by Specialty Skills supersedes those of Basic Soldier Skills in cases where they overlap.
Example: A Sapper 2/Frogman 4 has the following skill bonuses - Athletics +8, Climbing +6, Demolitions +4, Detection +8, Navigate +6, Stealth +8, Survival +8
Finally abilities granted from a particular MOS that are dependent upon the character's level, are only calculated using the character's level in that MOS, not his overall Soldier level.
Example: A Grunt 5/Scout 3/Sniper 6 is considered a 3rd level character for purposes of calculating damage when using the "Neutralize Sentry" ability, inflicting double damage upon a successful surprise attack, but would cause x3 damage if using his "Kill Shot" ability.
Requirements: Strength 9+, Dexterity 9+, Constitution 12+, Intelligence 9+, Wisdom 9+
Armors: All modern armors
Weapons: Any four weapons, plus hand grenades, rifle-mounted bayonets, and all firearms.
Non-proficiency penalty: -2 to hit.
Saving Throws: + 2 bonus to all Dexterity and Constitution saves, and +4 bonus to all saves against Fear.
Class Features: Basic Soldier Skills, Defensive Position, Defensive Roll (3rd), Crippling Shot (7th) 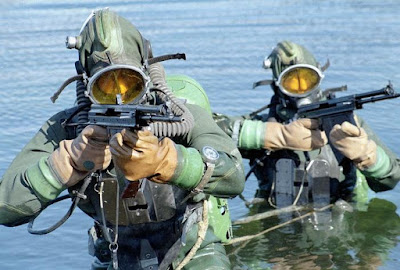 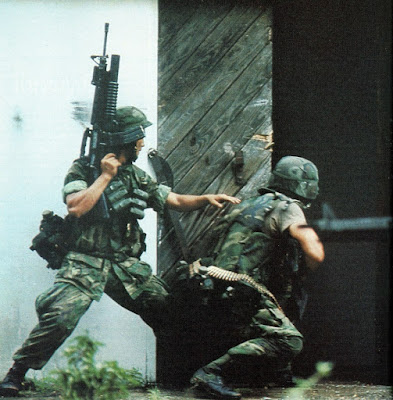